Well, not quite so swiftly. The shower pump appeared and was in fact dead. A phone call to Riversdale Barges and we had offer of assistance. They were terrific. They even went off to it new pump for us and fitted it. We cruise late in the afternoon the last short stretch into Ballinamore. Resisted the temptation, seriously, of staying for Irland's largest Country and Western Festival this weekend. After a quick(ish) visit to the hardware and everything emporium on the Main Street set off to Keshcarigsn at 1130.

A stop for lunch and with the sun out we decided to tackle the flight down to Leitrim. It is so lovely. Three hours later, with the majority of the locks against us, we are moored and have take away fish and chips ordered from The Barge. Pub fish and chips. A new tradition after this flight...in either direction. It had been in my mind but a photo of same Tweeted by Crusing the Cut made it a certainty. 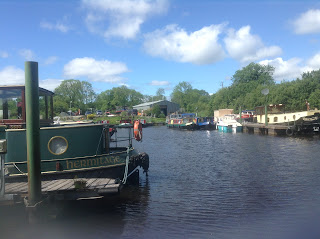 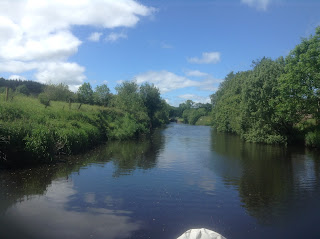 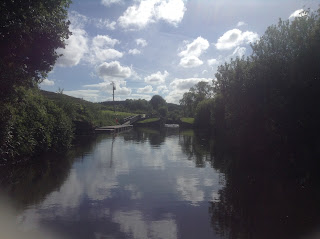 Harry paid us a visit ..LJ didn't seem to mind! 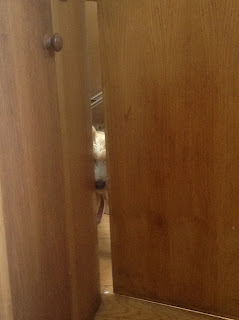 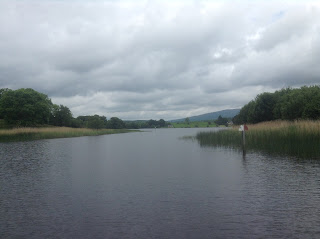 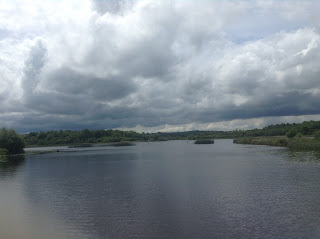 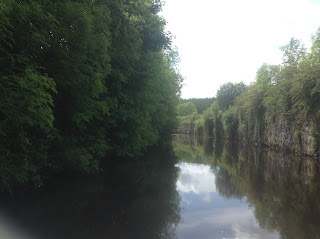 From here until we get back we will be in the tender hands of  Lockies! Or will we?

As long as it doesn't get caught round the prop .... And other misadventures

Last words spoken before the fender we lost in Ballyconnel Lock did indeed get caught round the prop! Oh well!! Cheered ourselves up with amazing individual donuts from Super Value. Neither of us can name the flavours. Familiar but not identifiable.

Day 1 of our Summer Cruise. Not very summery...or Spring like to start with but, fortunately, the rain stopped just as we left and so we at least had a dry run. 38 kilometres covered. We hadn't intended to go so far but a lone fisherman was comfortably occupying our planned mooring spot so on we went. 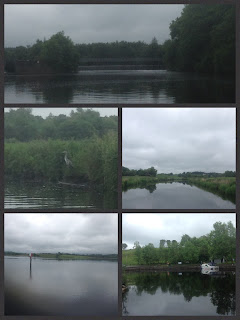 Which took us across the lovely small loughs and to Haughton Shores about 4pm where we were a bit surprised to find only one boat moored.

Lovely walk for LJ and back to find a small leak in the shower. Leaking into the wardrobe side where the prep goes through. Several hours later .... Add to this the seal on the water pump has gone!! 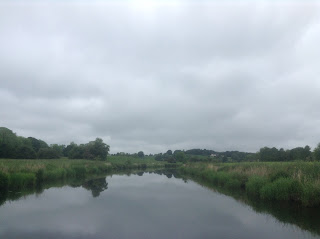 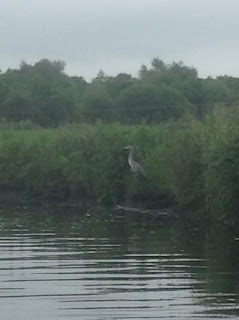 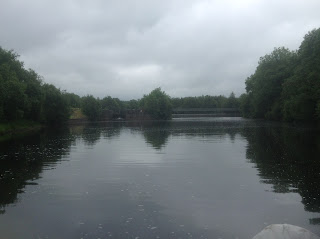 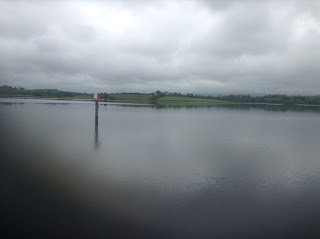 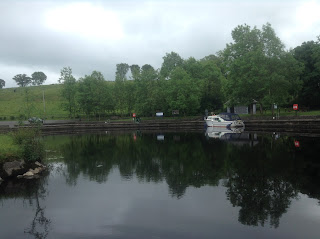 Strange things have been happening. We've been ashore these last three weeks. BUT....we hope to start our Summer cruise next weekend. Watch for details...and pics...lots of pics. Oh...and expect a turn in the weather!
Posted by Unknown at 23:35 No comments: