It's Now Or Never

Down the Hatton then 2 more locks, a trip to Tesco and through Leamington Spa. Just when we were thinking of stopping by the country park, NB NOW OR NEVER
came along behind us, planning on going up to........  wherever they got to by dark. Madness  to go but madness not to take the opportunity to share the locks/work.  You'll notice I said 'thinking' of stopping.

We are feeling a bit of spring fever. Cooped up far far too long over the winter. Northampton by the weekend so we can get straight onto the Nene when I get back on Tuesday ...well it just sounds right somehow. So off we went and most excellent lock buddies they were. Even provided tea! The day ended after Stockton Top Lock .... I'll do the maths tomorrow. I can say it was long!

Hatton top Lock in,the distance. I thought a wide beam going down. Heart sank. But it was a work boat who moved over for us.

No Howard equivalent on Hatton .. Or if there was he was already taken. As always, we got into our

We did get a bit of help from the workforce on the locks they were working on.

Someone asked me how many we had to do ... But in all honesty, I prefer not to know all the Hatton locks leak so you have to wind them whatever. May just as well get in with the getting on.

And this unexpected boater in the last lock at Hatton

How cute is this

And the sun starting to sink

And almost before we knew it ... The Grand Union

The Skipper tells me my impression of the North Stratford canal is wrong and it isn't as bad as ... say ... the Staffs and Worcs ... so there you are!

Anyroad up ... once you hit, so to speak, the Lapworth Flight, it's a different story .. especially with the sun out and Howard Shaw, the Tuesday Volunteer Lock Keeper, to help us down half of it.

And after 20 locks and 3 swing bridges we are happily moored on the Grand Union, the canal that will lead us, in a couple of weeks or so, to the River Nene.

'Just' the Hatton Flight then .... Oh, and lunch tomorrow at the fantastic and dog friendly Durham Ox ... a highlight of any trip along this stretch.  Correcting my last, the weather forecast is on and the Durham Ox is at risk!! Correcting my last ... We're not stopping! Hey Ho.

We moored on the Grand Union. The wine was opened in seconds but before we could take so much as a sip a hire boat went aground. We tried to ignore it but ... So we threw him arope and pulled  them round.  Boating tapestry. 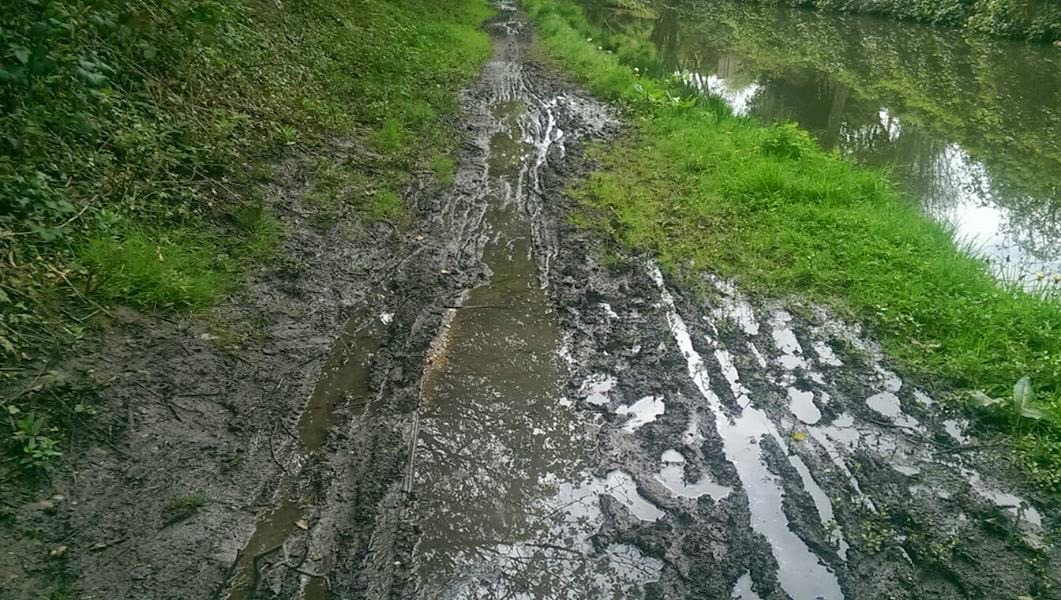 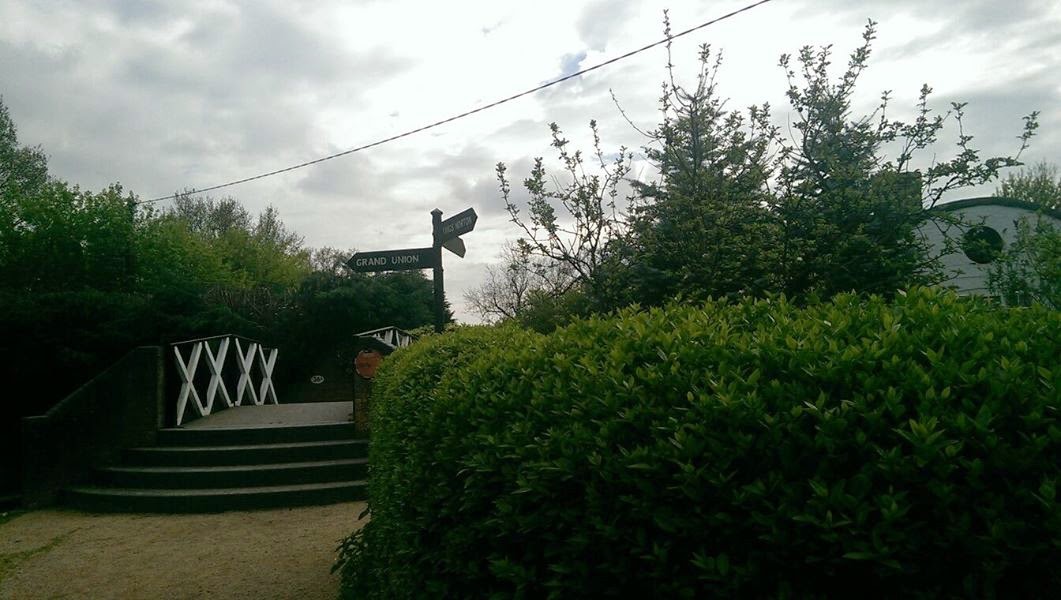 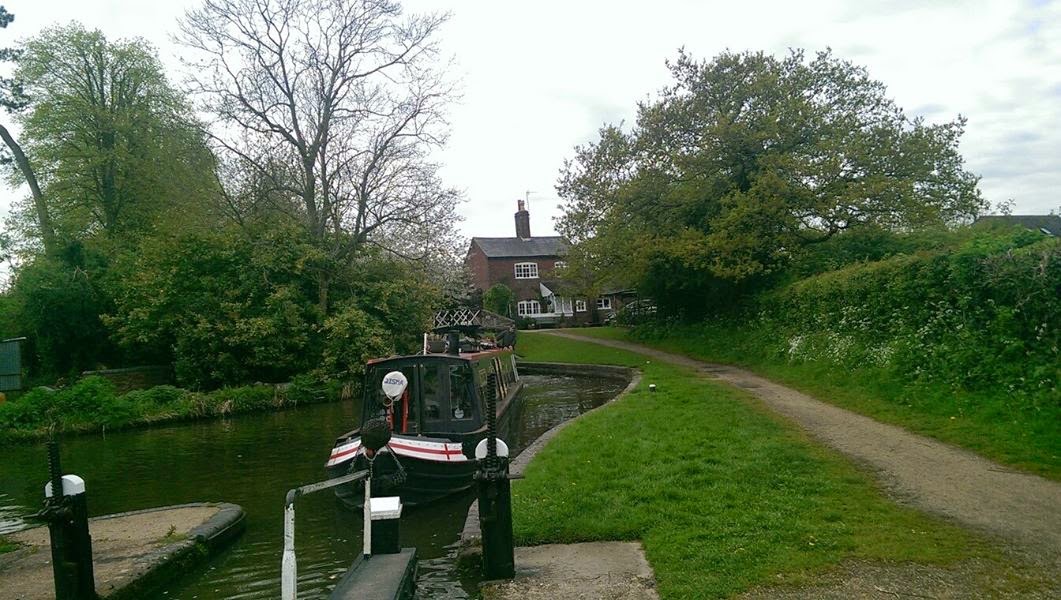 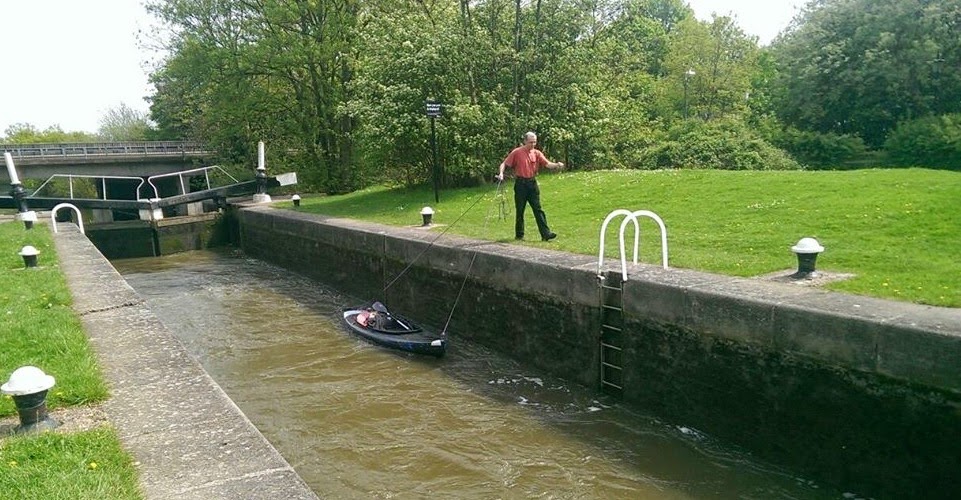 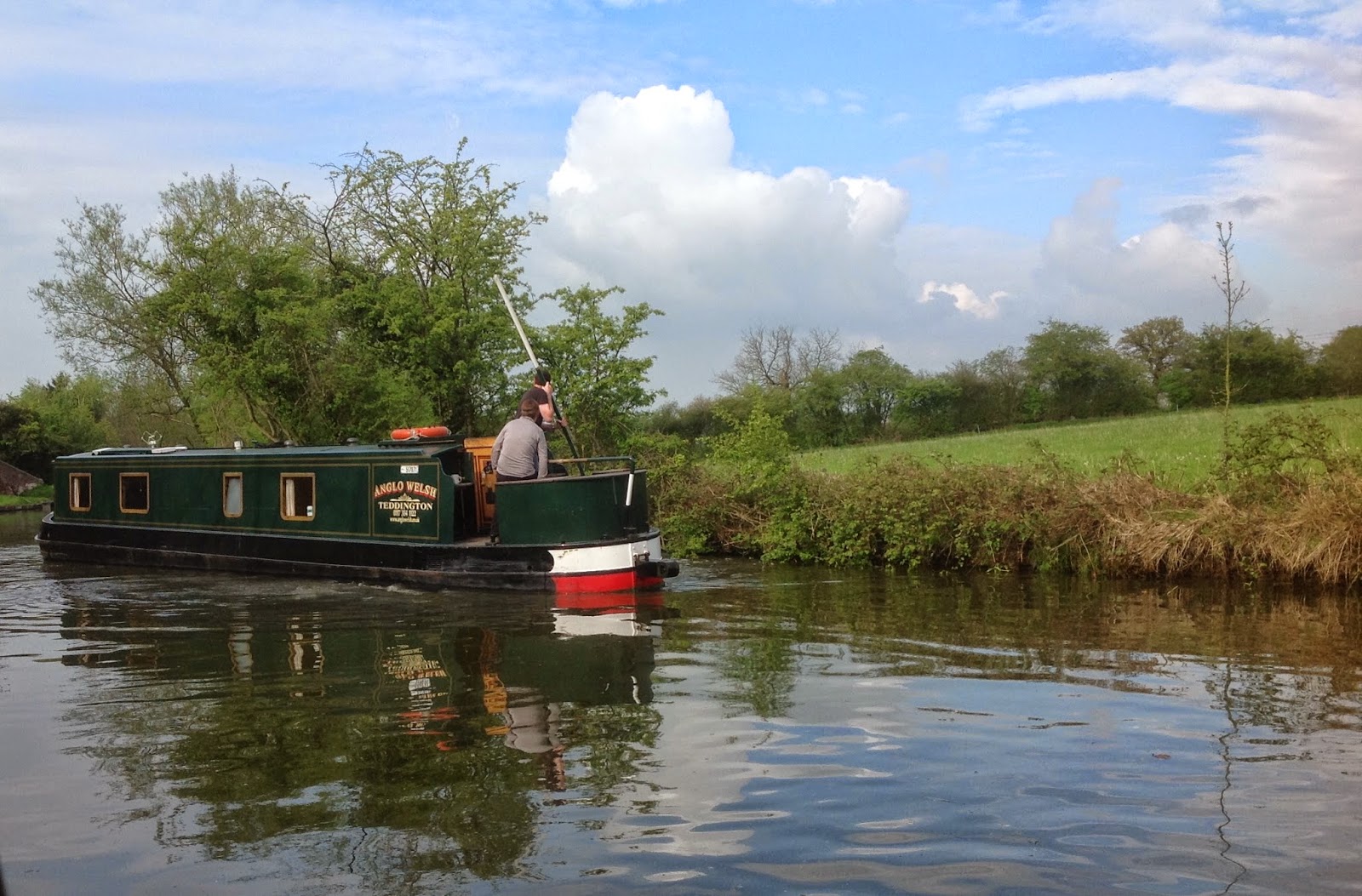 The day started badly. An Alvechurch hire boat with stag party on went by our mooring at warp factor ...how high does the scale go to? Hard,to imagine that the boat could have gone any faster. Completely ignored Alistair's request to slow down.  So cross I rang Alvechurch. They were fab and their intention was to phone and speak to them. That should at least be something of a surprise. Birmingham ... they are  headed your way!!

So, off we set off and made the turn onto the northern section of the Stratford Canal.  Painfully slow going. So shallow we are scraping along the bottom at times. 3 trips down the weed hatch in the first 30 minutes alone.  One as we came out of the tunnel. As you'd expect, another boat coming round the bend towards us. Me with half washed hair waving a warning. I did slap a towel on but .... At least I was able to wave the blue plastic at them once we got underway so they understood why!

Weed hatch requirements meant LJ confined indoors and he was not a happy chap. He does love his, perch near the tiller.


Fiona has mentioned that it's part of boating's rich tapestry. Hmmm ... I knew there was a reason I don't like sewing.

Through one of  the disused locks 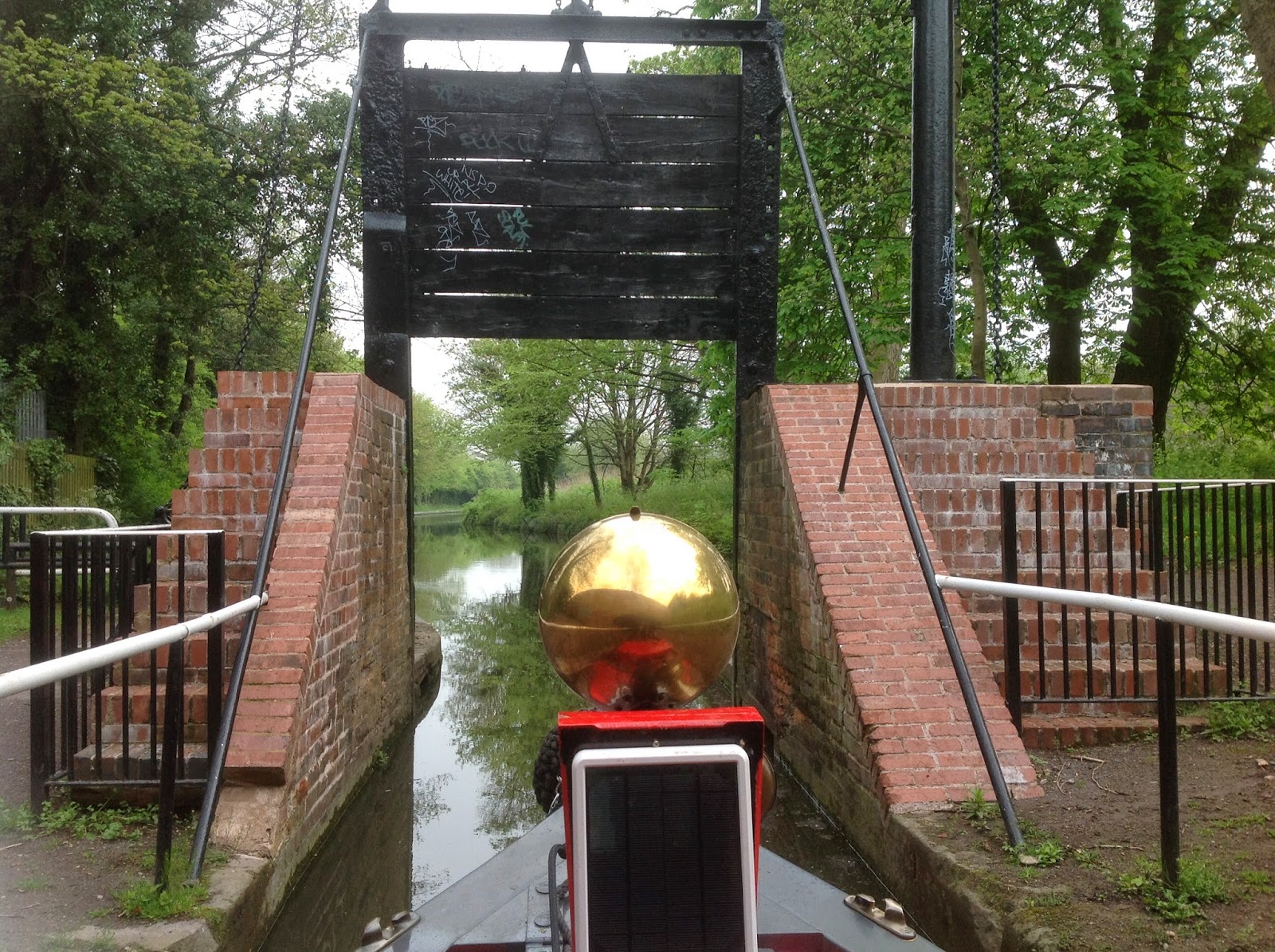 And how pretty is this 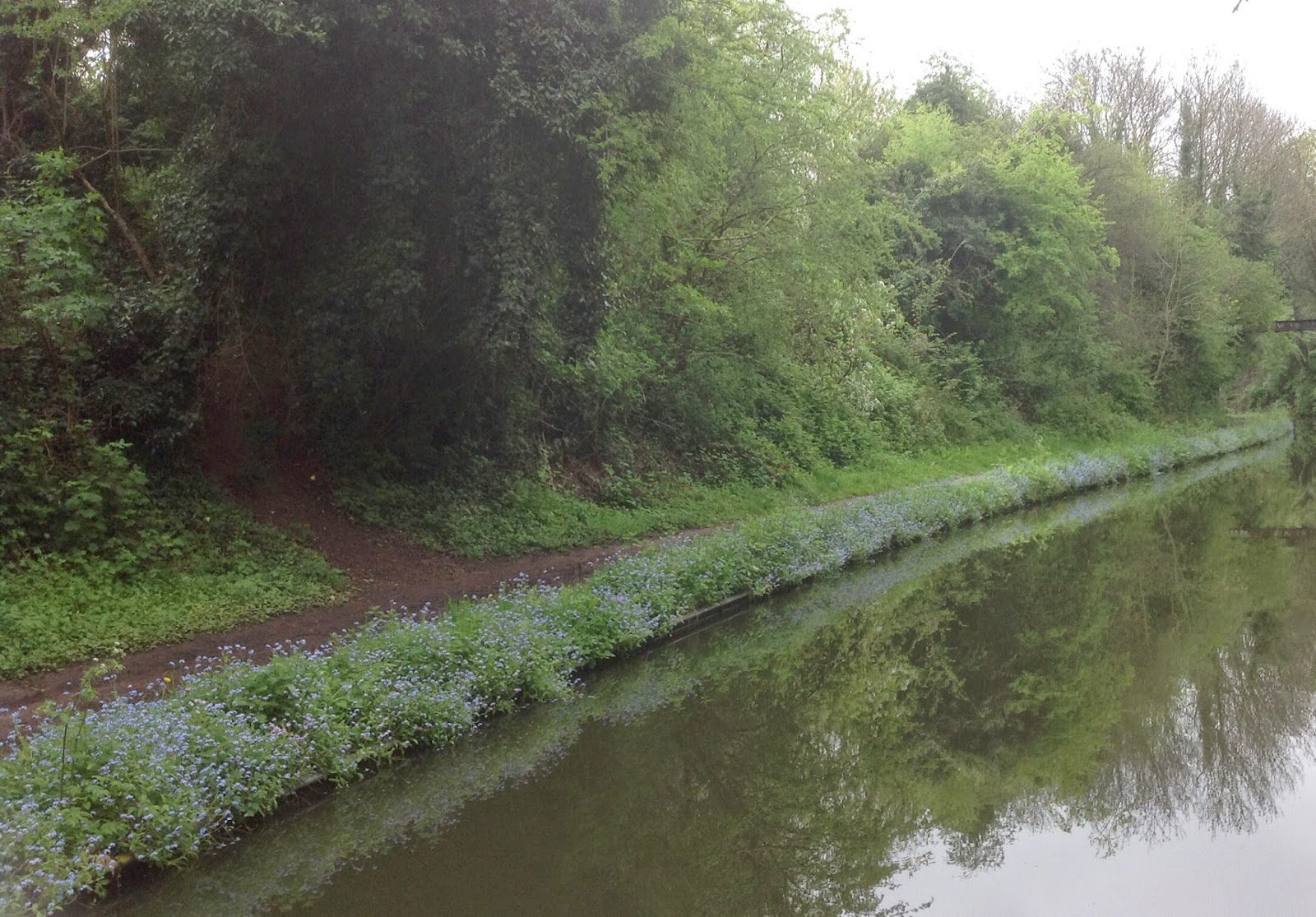 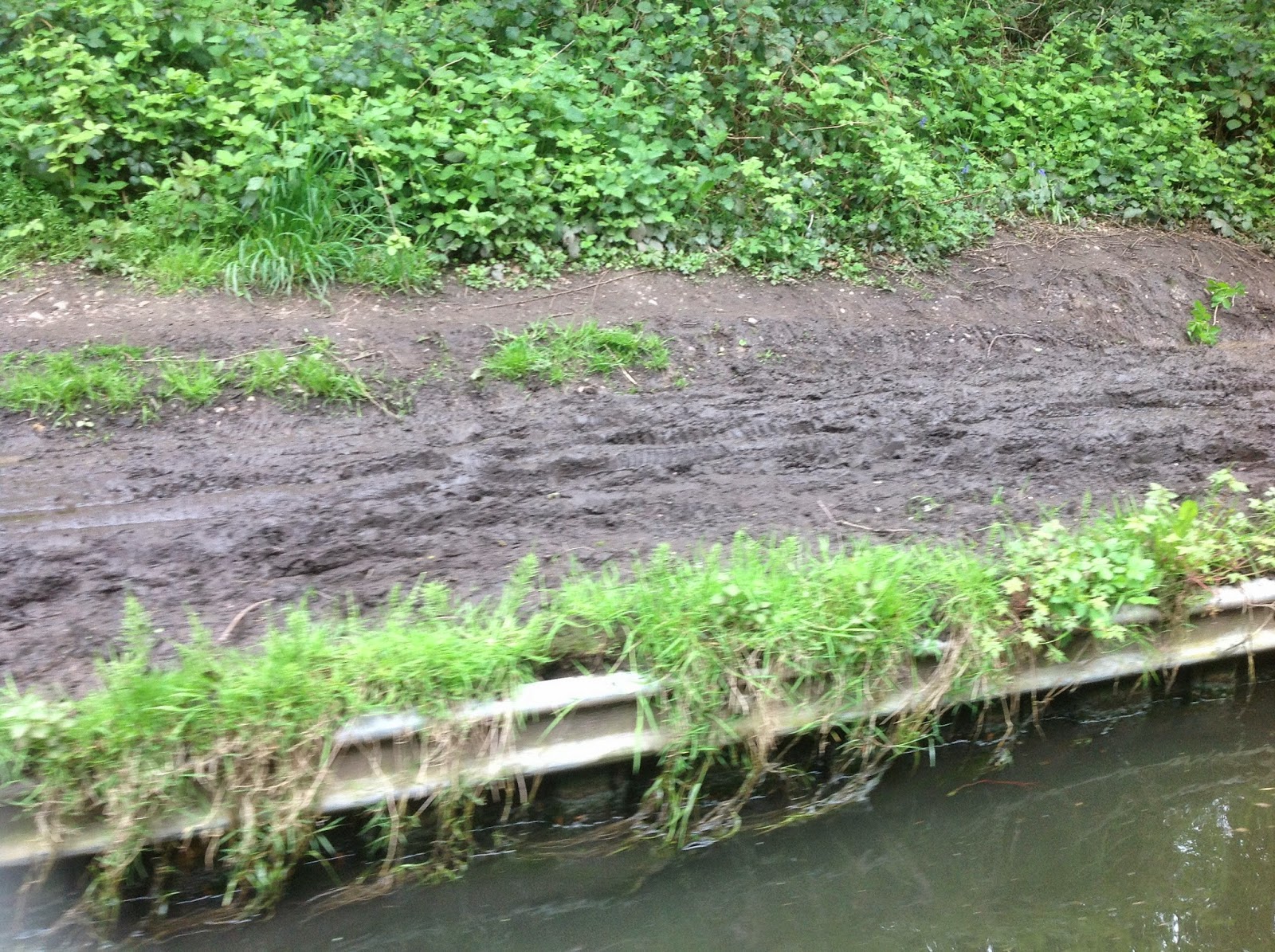 I'm pleased I went for the boot option this morning

And hard to resist

Light at the end of the tunnel .... hardly original but

I was surprised I COULD see the end from the entrance. Also relieved that we had it to ourselves. I got to play the new, out today, Curtis Sitgers record very loudly as we went through.


We moored before the junction at King's Norton by a lovely park. Then I got to go to the launderette.

Just about to go this morning, when the boat behind us set off. A a ingle hander. I,walked up and worked the lock for him ... thinking that  we'd be moving slowly behind him for the rest of the day. NO! he,got the next lock ready for us and let us through. What a lovely chap. A gentleman boater. As no-one was coming towards us, I would the bottom paddle for him up to Stoke Wharf. Where he'd been thinking of stopping. We moved on quickly, he not disadvantaged. Fab boating.

We were undecided as to stopping or going on. The weather was a bit showery but not bad enough to batten down the hatches. We knew the flight was, at least, almost all with us ....  hard to resist.

Now safely moored at Tardebigge Moorings, with only one lock left for tomorrow. And a new PB ... 41 skinny locks complete. Only 2 against us and not too wet. Happy days.  Though last time I did that number of skinnies I was in my 40s!!!

With Lock 54'damaged and CRT there to help us through we know the flight will be closed for at least part of tomorrow so are pleased we pressed on ... a QISMA day indeed!!

Sadly, the day ended on a less positive note .. The glass in our bubble stove broke. New one ordered but no fire until it reaches us!!

The bad news is ... the pound is almost empty

The good news is that CRT are at the lock and on the case. We had to pull over, having travelled all of half a mile, and be patient. This unnatural state of affairs was helped along by an unscheduled bacon and egg wrap.

Our theory, the CRT theory and your theory on how this happened are, in all probability, very similar!

It took about an hour for us to be able,to move off. With the nice chaps from CRT setting the flight for us. Again, we've only seen hire boats on the move today and only 3 of them.  A clue here as to how the paddles that emptied the pound got left open!

We passed a beautiful boat, the name of which I don't have as the side doors were open and I could only read, Tai.     . I did learn that the owner is a blog reader.... Not just ours obviously. So if you're reding this...hello and I am sure your boat is much admired.

Heavy showers for the last 20 minutes but we're moored just where we wanted to be and this is the view from the side hatch.

Up onto the Worcester and Birmingham Canal this morning. We are now on a  canal that joins other canals and you can get to places without ........well a palaver!!

To the cyclist in the bright yellow waterproof who worked the second lock for me and stayed to open the gate but left before we could say thanks .. You are a true hero!

Quickly through and onto our first skinny lock. My goodness it felt strange. Alistair thinks I should  be able to step across - it is simply NOT going to happen. We did the Northampton flight twice last year (14 x 2). Apart from that the last skinny was on the Oxford in July 2012!  Before I reached my 60s!!!!

Very, very quiet. No boats until this evening when there was a bit of a hire boat shuffle but only 5 boats all day.

Our last river mooring.... Until the Nene

Worcester Cathederal - a view of this from the cricket ground was on the front of our map book when I was a child.

Our first skinny ... It seemed very narrow  on the far side!

And a better aspect from lock 2

The view ahead tonight

And our start tomorrow

And from the side hatch

We left Gloucester docks at 1000 yesterday morning. The plan, such as it was, to press on as long as LJ was comfortable. It's a tricky trip stop wise to Worcester. Before you turn at Tewksbury it's too early to stop. On the Severn side of Tewksbury the moorings aren't suitable for LJ - the boat is low at the jetty and it's a climb up the ladder to get ashore. We've yetmtomdevisem way of,getting 42 kilo of labradoodle off at those moorings!

That leaves Upton on Severn.

Anyone familiar with the River Severn might already have guessed where we moored. Worcester. The VMs in Upton only take four narrowboats. The term VM is very loosely applied. We had been warned in Gloucester that 3 boats were in 'residence' and had been for some time. One of them boasting,that they had been there for some weeks and had no intention of moving before the end of May. The one 'spare' spot was taken.  It does make a long day. 7 hours.  And the last 2 hours+ from Upton is a slog. We did have good weather though.

Those who know our history of NEVER getting on at Upton ... I hope the breath bating did not cause any problems.

We did have a fly past from the light blues which is always welcome.

Upton looks such a lovely spot ....

But as expected, not for us!

Truth to tell, the Severn can be a bit dull

So you take a pic of almost anything

This is worth it though ...  Working barge

Worcester almost in our sights

LJ had been so good  we decided to go down and moor near the racecourse which we know from precious visits is fab for walking him. This was what greeted us! He,loathes not air balloons. They absolutely terrify him - though I now know just how high they have to get before they have an impact!

Which is higher than this!